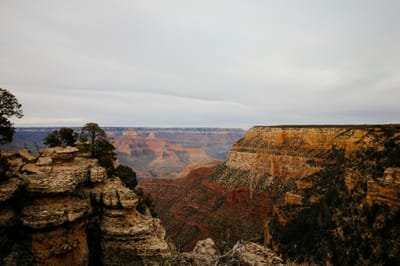 What is a labor union?
A labor union, or trade union, is an association of fair wage-earners uniting for the purpose of maintaining and improving the conditions of their employment.

Why join a labor union?
America’s 15.5 million union members , working people in all walks of life join together in unions to gain a voice at work. Union members have a say about pay, benefits, working conditions and how their jobs get done -- and having that say gives them a "union advantage."

What is the US-UNM Union Collective Bargaining Agreement/Contract?
This is the legally binding contract between UNM and US-UNM Union that states the negotiated wages, hours and terms and conditions of employment. The US-UNM Agreement supersedes the UNM Policies and Procedures. Part or all of the contract can be negotiated each year depending on the agreed terms. If a new contract is not negotiated or ratified by the expiration date, then, per state law, the existing contract remains binding until a new contract is ratified. Thus, the Union is never without a contract. The sustainment of a previous contract is known as the “evergreen clause.” Click here for the latest US-UNM Contract Agreement.

I believe my boss has violated the US-UNM Agreement and UNM Policies and Procedures. What can I do?
Contact the Union right away at untiedstaffunm@gmail.com and tell us your story. Any violation of the Agreement is subject to the grievance and arbitration proceedings found under Article 21 Grievance and Article 22 Arbitration of the Agreement. Please note you only have twelve working days from the date of when you knew or should have known of the violation to file a timely grievance. So, immediately contacting the Union is important to making sure you can file a timely grievance.

I sent an email to the US-UNM Union, when will they respond?
Per the US-UNM Agreement, the Union has up to 3 working days to respond to an inquiry.

If I am a member of the bargaining unit, does that make me a union member?
No. A bargaining unit in labor relations is a group of employees with a clear and identifiable community of interests who are (under U.S. law) represented by a single labor union in collective bargaining and other dealings with management. A union member is an employee who affirmatively elects to join a union, pay dues, and participate in the decisions of the Union.

How can I become a union member?
Just simply go to the Membership page on this website and download our membership form, fill it out and sign it.
My boss wants me to sign a document and I do NOT agree with it. Do I have to sign it?
Per the US-UNM Agreement under Article 20, you can sign and date the document and write the words “Received Only.” This means your signature does not imply agreement with the document, but rather receipt only.
Per the US-UNM Agreement, you are also afforded 5 working days to supply a written rebuttal to any document that you sign. Management must attach your rebuttal to the original document.

Are labor unions relevant? What have they actually accomplished for workers?
Absolutely, labor unions are relevant. Here is just a small list of rights that have been produced, in large part, by Labor Unions. See if you have experienced any of these worker’s rights.